Go behind the scenes to discover the special-effect magic that made three iconic Star Wars saga battles possible—then recreate these moments in spectacular papercraft models and display them proudly.

Since 1977, when the world was first introduced to the Star Wars, audiences have been swept away by the onscreen wizardry that has so vividly brought to life the struggle between the dark and light sides of the Force. Now, learn the secrets behind the effects and innovations that made three action-packed scenes possible: Obi-Wan Kenobi and Darth Vader’s duel on the smoldering mining planet of Mustafar in Revenge of the Sith; the trench run on the Death Star in A New Hope; and Kylo Ren and Rey’s lightsaber fight in the forest of Starkiller Base in The Force Awakens.

Recreate these iconic scenes in papercraft dioramas, including one with LED lighting! Follow the easy, step-by-step instructions to turn the included punch-out pieces into your own keepsake replicas.

The Artist In You – Julie Brunelle 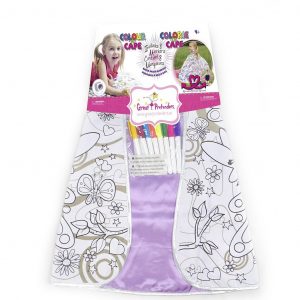